If you’re wandering through the centre of Darlington and catch a delicious, spicy aroma in the air you’re probably not too far from a local legend – street food stall Falafel Fella.

In November 2017, the story of the young refugee from Syria who had been taken in by a Darlington couple, as beautifully told in the Northern Echo, suddenly became a talking point across the region.

Mouhyedin escaped from a country destroyed by war where he lost home after home, friends and loved ones, and was forced to abandon his studies. Facing forced enlistment into Assad’s army, his family arranged for him to flee to Lebanon. Through a United Nations resettlement programme, his long journey finally took him to Darlington in 2016.

Local charity Darlington Assistance for Refugees (DAR) supported Mouhyedin to settle in to his new life in the UK. The launch of Falafel Fella in October 2018 represented not only independence for Mouhyedin but also a way to give something back to the town and the people who have welcomed and helped him.

The community’s response in the first few weeks was absolutely amazing, with a flurry of positive reviews coming thick and fast and showing no signs of slowing. It seems the people of Darlington agree that once you’ve tasted freshly cooked falafel there’s no going back. The smell and flavour of this middle eastern speciality eaten warm and freshly cooked is worlds away from typical, dry, pre-packaged supermarket fare.

In October 2019, Mouhyedin found the ideal place for his first cafe. 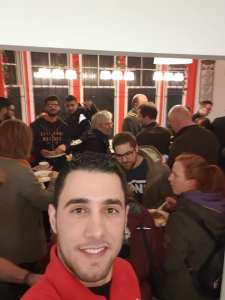 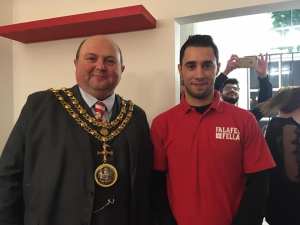 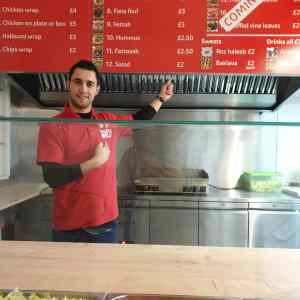 Mouhyedin is going from strength to strength, and has his sights firmly set on the future, with lots of plans for Falafel Fella including new venues, new recipes and new equipment. Follow his blog and social media to keep up to date with his plans – as well as planning your next tasty lunch on the go!